Amanpour announced that she was remembering Kristallnacht (“Night of Broken Glass”) a 1938 Nazi effort to purge the Fascist German nation of Jewish culture.

“This week, 82 years ago, Kristallnacht happened; it was the Nazis’ warning shot across the bow of our human civilization that led to genocide against a whole identity,” Amanpour declared, before stating that Trump’s presidency is the modern day equivalent.

During the Kristallnacht, Nazis destroyed hundreds of synagogues, burned and desecrated Jewish religious artifacts, ransacked thousands of Jewish businesses, homes, and schools, and rounded up thousands of Jews to be sent to death camps.

The event was essentially the beginning of the holocaust. 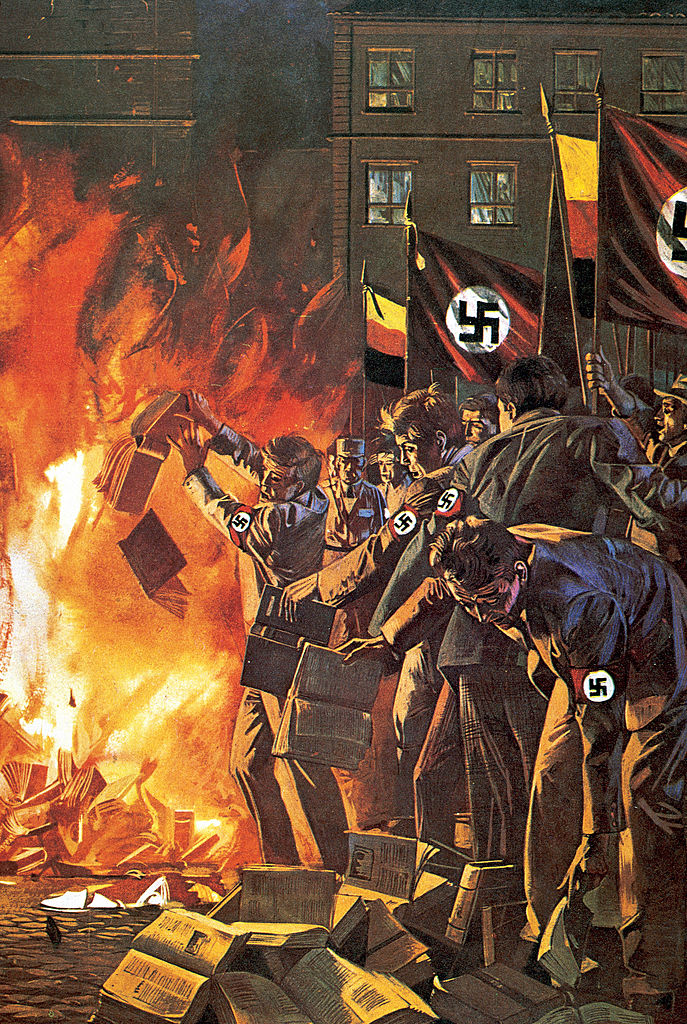 While showing footage of Nazis burning books, Amanpour proclaimed “that tower of burning books, it led to an attack on fact, knowledge, history and truth… After four years of a modern-day assault on those same values by Donald Trump, the Biden/Harris team pledges a return to norms, including the truth.”

This is ⁦⁦@camanpour on⁩ ⁦@CNN⁩ comparing Trump’s tenure to Nazi Germany. How the hell is this sort of prejudice tolerated on mainstream media?

Amanpour is the same CNN host who last year suggested that the FBI could arrest anyone chasing ‘lock her up’ at a Trump rally, and charge them with ‘hate speech’.

Earlier this year, Amanpour also gave a platform to an Iranian government official who once said that she wouldn’t hesitate to shoot American hostages in the head.

The host’s appalling comparison of Trump’s tenure to Nazi Germany elicited widespread backlash, but it isn’t out of character for Trump’s political opponents, including Joe Biden, who have spent the past year and more making similar comparisons.

Their level of spin is spiralling out of control.

This is nothing short of being absolutely and unacceptably shocking.

That broadcast is a disgrace. You should hang your heads in shame @CNN for allowing it.

Bloody hell, how on earth can she convolute this into Trump presidency, it demeans history and historical facts. This woman should be sacked.